Our Beliefs Power Our Behaviour 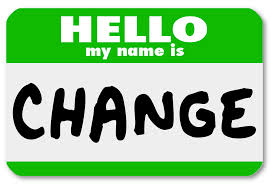 Many millions of words have been written on changing behavior.

Why is it so hard to change our behaviors if we know a certain behavior should be added or deleted? The root cause of behavior lies in belief.

Changing beliefs is perhaps more touchy of a subject.

Smokers may know logically that smoking has high rates of cancer, heart disease, erectile dysfunction and all sorts of nasty things, but many smokers simply do not believe that they will be in the group that suffer any such maladies. They believe that they will be just fine. It is only when this belief is shattered through a significant encounter with the medical system that they alter their behavior.

If you have a behavior you want to change, dig deeper to the core belief that is preventing you from changing.

I spent a few years of my life, perhaps longer, thinking that I would never belong in any sort of corporate job. My belief was that all men who wore suits, had a corner office and attended ‘important’ conferences downtown had university degrees, and since I did not have one I would be forever eliminated from contention for anything other than a blue-collar job. I would be a body in an organization, never a brain.

Then, at age 36, I had one small comment from the past bubble to the surface of my mind.

During a business meeting a decade earlier I was asked, ‘What university did you attend?’. Being 26 years old and rather proud of what I had achieved at that time, I responded quite honestly that I had in fact not attended university at all.

The look on the man’s face said it all, as did the notable shift is his demeanor following this revelation. In the blink of an eye I had gone from a welcome prospect at the English country club we were sitting in to an outsider.

At the time I took this a bit hard, internalizing it as additional support for my belief that within the corporate world there was no place for the likes of me, a lowly high-school grad.

But years later when this comment came back to me, it was a bit of a turning point, much needed at the time. I realised that before my revelation, this person believed I had attended university.

Learning that I had no degree had shattered his belief of who I was, and had changed his behavior toward me. The real revelation for me was that I had inadvertently fooled this well-educated individual into thinking I was an equal. How did I do that?

It seemed to me that it was from a combination of regular reading, writing, and perhaps my verbal sentence structure. I have always been a voracious reader; I have always written journals and letters – more recently posts and articles. Also the wonderfully complicated English language with all its nuance, double and triple meanings, irony, sarcasm, wit, tone, inflection, etc. has always been of interest to me.

So I could at the very least fit in – but perhaps I could do more than that.  After all, how material in day-to-day dealings is a 20- or 30-year-old degree in a world changing at the pace that ours is today? Of little I would suggest, without ongoing self-education.

Suddenly, my belief that a university degree separated me from the corporate world changed.

Change your belief in yourself for the better, your behavior will follow suit.

The results will speak for themselves.