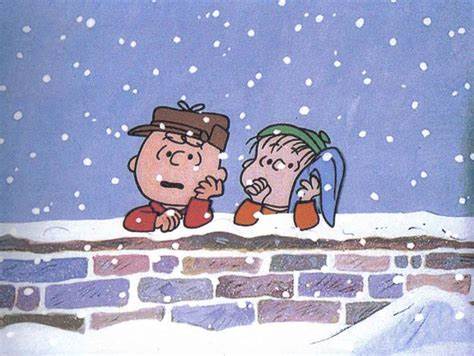 Seriously, why is this a constant refrain in one form or another?

I attended a five day event in January 2017, and the host (who is ‘not my guru’) repeated this like a chant, over and over and over each and every day.

I’d also noticed a previously optimistic, very well known, speaker and author change his tone to a rather dystopian tone in 2016 with dark posts touting this same theme: ‘Winter Is Coming’.

Both went on at length about the long overdue bear market, the end of the bull run, and how it was time to prepare for ‘winter’… back in 2017.

The primary preparation for ‘winter’ appears to be selling you fear based strategies.

Do these folks take some of their profits and buy a parka and winter boots? Maybe, but likely not.

Did he take huge short positions?

Had he, his net worth would have been destroyed. Instead, he is wealthier than ever. To be fair, he did make it clear at the January 2017 event, that billionaire status was his goal. Google suggests he’s 60% of the way there. Keep on hustling!

The other gent seems to have returned to his roots, preaching a bit more common sense and logic again. Although like many, I’ve somewhat tuned out – such is the risk of alienating your base. Don’t shift from optimism to fearmongering and expect everyone to follow you over to the dark side, or to pay much attention when you regain your senses.

As for the media, fear is a classic; and thus, a perennial seller. The fear-based approach isn’t going anywhere because it attracts eyeballs, and advertising dollars go where eyeballs go. This is why we see headlines (last week, this week, next week) like:

‘Number one’ casualty of rising interest rates will be Canada’s housing market.

And it’s why market bears get more airtime than bulls.

The human brain tends to link bulls (a.k.a. optimists) with efforts to sell us something. And so, we resist. Whereas bears (a.k.a. pessimists) are not viewed so much as salespeople, but instead as prudent folks simply warning us of what’s ‘really’ going on in the world… or about what’s about to happen… any day, month, year, ahem… decade now.

I’m not going to name the bears, because many have been singing the same song far too long, and they simply do not deserve any further airtime. And yet, they will be given it.

Give a news station a ring with a new theory on how the market for this or that is about to go for a dive, and you will be rushed to make up for an interview. Call that same station with a pitch on growth, or worse still – stability, you’ll not get a return call anytime soon.

The real challenge is around the message of stability. Even the neutral players, level-headed economists for instance, that do manage to get airtime, find themselves misquoted or written up in a story in which the headline seems to have been spun from thin air.

Recently, I had the pleasure of listening to Benjamin Tal speak for 45 minutes. It was a solid presentation. Balanced. Nothing too dramatic. At no point did Mr. Tal suggest the real estate market was about to implode, nor that interest rates were about to spike. Are there notable imbalances and problems of wealth disparity in our economy? Yes.

But of all the material shared, what was the media headline the next day?

‘Number one casualty of rising interest rates will be Canada’s housing market’.

This is not a direct quote.

And as usual, the story contained zero math around what rising rates actually mean to the individual homeowner. None of these fear-based ‘rates are gonna rise’ headlines ever seem to follow with editorial that contains actual math.

Possibly, it goes back to who is selling you this ‘news’.

Consider that 80% of many experienced Mortgage Broker’s clients are in variable rate mortgages – the safest play there is in the mortgage space once you understand how the game really works.

And yet, 80% of the public are locked into fixed rate mortgages, which even at say 2% can easily be a financially devastating move.

Who was sold a full serving of fear?

Cheap headlines with weak editorial follow up and zero education.

Who’s making the real money in this fear-based world?

What about Mortgage Brokers?

A Mortgage Broker is paid based on term length: a 5 year fixed mortgage pays exactly the same commission as a 5 year variable mortgage. Yet Brokers know that overwhelmingly the variable is the safer move, in particular for first time buyers.

But fear of rising rates, with no math around what rising rates mean, is sold by every media channel on the regular. And so, it’s not an easy slog for a Broker to educate a client on the dangers of the fixed rate product.

But we try, and as our market share grows from 25% of the mortgage market, to greater than 50% of first-time buyers, we will clarify that there is in fact little to fear.

Yet the shouts by guru’s who should know better, wise authors, and the media alike will continue ‘Winter Is Coming’.

Sure, eventually. But what does being prepared really involve?

Perhaps the assistance of an expert with nothing to sell you, and lots of great experience based advice to give you freely.

Wait, what about the math?

Watch for my next post – ‘What if interest rates double, or triple?’