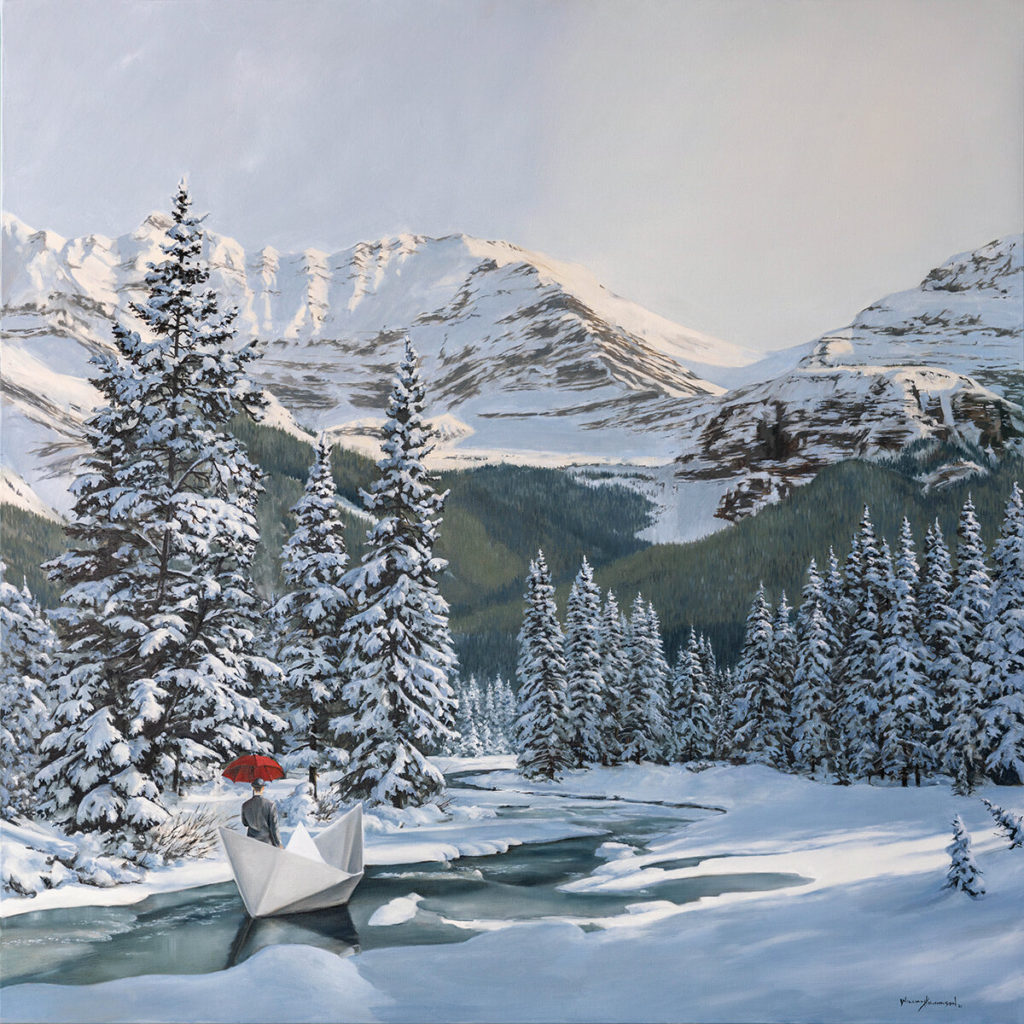 I’ve a new friend, his name is Roy. I have a photo of Roy and me together both smiling like old friends just a few minutes after meeting, although Roy and I were not smiling at one another a few minutes earlier — it could have been a much unhappier moment at the point the picture was taken.

We went another way though.

We chose to smile.

Initially there was no smiling, Roy was feeling awful, and me? Well, my behaviour was awful. My initial response to Roy’s news was ‘What the F&*# am I supposed to do with that!!!’

But then we turned the moment around, although as it turns out neither Roy nor I would be smiling two hours later, but we’ll get to that part.

What was Roy’s news?

Roy is a valet in Yaletown, and I popped downtown to attend Irene Strong’s super cool book launch at ‘The Space’ Art Gallery.

And quite the turn of events…

I strolled out ~10pm, having enjoyed the people and the event immensely. Roy, on the other hand, was not smiling at all and clearly had had a far more stressful two hours than I.

Roy had parked my car two hours earlier, jumped into to the next client’s car and returned to the curb to deliver it to the departing patron, and then as said patron drove away Roy felt an awful sinking feeling – like 1,000 pounds of lead in his stomach. Roy realized that my key, (the only current key in existence for the car, just to make it fun), had slipped from his pants pocket into the returned car and that the client had driven off without even realizing it. Roy managed to weave the word ‘sorry’ into this explanation about 93 times.

Roy had then spent the next two hours wondering if I would return in the form of a drunken psychopath, plotting sociopath, or maybe an MMA fighter banned-for-life over ‘rage issues’.

My initial reaction had not set exactly Roy’s mind at ease.

So there I was, on the cusp; I could either slide into a blustering ignorant rage, or instead take a deep breath and work it out calmly and nicely.

I’d blown the ‘be nice’ thing with my opening remark. So I exhaled gently, for a while, and withdrew my rude comment and apologized to him – not 93 times – but enough to calm his nerves. I let Roy know that, shocking as it may seem, I too had made some disastrous mistakes in my time. And this mistake, well it’s only a key, albeit a pricey one (which is why I had not got round to buying a spare), and maybe a 75 buck cab ride. It’s cool. But first let’s call a tow truck, because I need to be in my office at 5am and my only fob is in that car.

Roy: ‘Yes sir, thank you so much, no problem, we will pay for the key, cab, and unlock’.

This waiting for an unlock was not to be my best decision of the night, or perhaps it was the very best…

The tow company said they’d be an hour, but would call when they arrived on scene. I told Roy to take it easy, I would wander back over the gallery and see if I could help clean up and hang out there for a bit. All good. For good measure I gave Roy the single brokering business card I had left, so that he could call me when the tow truck arrived.

As it happened I arrived just in time to say goodbye to Irene and her husband Mark, receive the gift of a lovely bottle of wine for my wife, and get a quick tour by one of the owners of the gallery, one William D. Higginson.

The short tour evolved into a 90-minute conversation with this brilliant gent who clearly will be, if not already, an icon of the Vancouver art scene.

Bill, someone I may not have met otherwise, and I delved deep into our ideas around peak performance, running a business, marketing, inspiration, having your own personal ‘board of directors’, art, tech, my new shoes, his intense process to create a painting and how it’s essentially a month of thinking, building the back story, 3D model building, all before the brush hits the canvas, and also – islands in Belize.

It was a stellar conversation, one that completely cancelled out the price of admission (which so far is looking like ~five hundred bucks). That’s how 90 minutes came to pass in a flash. William is a quality human, also heavy on irony – my kinda guy.

Part of me wondered why there’d been no update from Roy at this point mind you, so I called up the tow company directly, ‘yeah, yeah, we’re pretty busy – we’ll get there’. To be safe, I repeated the make and model and asked if they were sure they could break into it… ‘For sure man, relax and we’ll get there and get it done’.

Thirty minutes later the driver arrives and within 60 seconds says: ‘Sorry sir, no way I can get in other than by breaking a window’

And that’s awesome. (still smiling though)

Did I mention I’m running on Toronto time, as I do during the week leading up to a trip there? This marked hour 19 of my day, and I was still an hour from home. But there a bigger problems in the world, like Roy’s new issue.

‘Hey Mark (the other valet), where is Roy at?’ ‘I want to let him know it’s all cool and to not be stressing about this.’

Mark: ‘Ummm yeah, our boss came by an hour ago and fired Roy.’

Me: ‘Mark, can you give me your boss’s contact data?’

During my cab ride home I call up Roy’s boss, Ed. Ed and I have a chat. I tell Ed that the mistake, the key, the costs don’t really matter. My only concern is the (hasty?) decision made on a street corner at 11.30pm to fire an employee of four years with two kids at home. This seems perhaps not the best move to make at that hour, assuming Roy has been solid for the previous four years. So rather than cover the cab, key and possible tow, perhaps he could reconsider Roy’s employment status. That’s what I would really like to see happen.

Ed says he will sleep on it.

Roy, not sleeping at all.

Roy sends me a lengthy text offering to cover all costs personally, and also not to worry about his losing the job because he has two other jobs already so it’s fine.

Yes, this was his third job!

Also Roy is certain we were meant to meet because he looked at my business card and realized that his mortgage is up for renewal and he wants to refinance and purchase a second property. And since I was so nice to him he wants to work directly with me, not his bank.

That came at me out of left field.

Meanwhile the cab driver transporting me home has heard this entire story play out as I’ve been on the phone with Ed most of the drive, and I’d also shared Roy’s comments with him. Jag, my cab driver, thought it was quite the story because jag also works three jobs. Then Jag says to me ‘so you’re a mortgage broker…’

And yes, about fifteen minutes later I found myself with the Jag’s contact data and he and I had mapped out a plan to help him and his partners with a land refinance and development of a property that the credit union had just declined to proceed with the day before.

Moral of the story: apologize fast if you act like a jerk, breathe, let things go, be nice, and meet interesting people along the way.

As for Roy’s re-instatement, as it turns out it was a mutually acceptable change. Roy had been there one night a week for four years, Roy was, upon a days reflection, OK with getting his Saturday nights back.

footnote***I swapped out the pic of Roy & me because Roy became a client of mine and I’m not comfortable leaving it out there. My little voice says pull it – so instead you get an image of one of Williams pieces of work – it’s more interesting than my face is anyways.

Last reply was 4 weeks ago