Investing For The Rest of Us 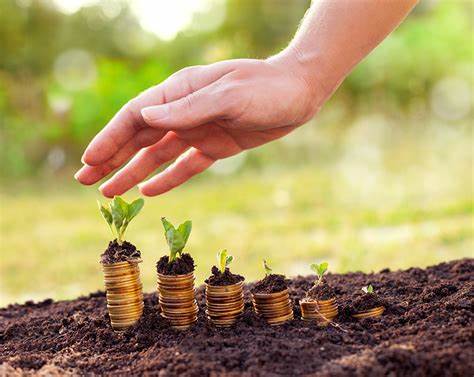 1. I’m not a Certified financial advisor, but that’s OK – the person whose investment advice you actually follow likely isn’t either. Look at where you invested, which stocks you bought. Where did the intel come from… really?

Besides, many (close to 50% as per a survey) of actual Certified Financial Planners are not putting their own money into the very things they advise you to invest in.

For what it’s worth, I myself am following the ideas set out here.

3.  Do I really practice what I preach? Yes.

But only since the age of 46 – better late than never. And yes, my own accredited investment advisor (with decades of experience) agrees that the following concepts represent a valuable piece of any long-term wealth accumulation strategy.

Some of us invest our money trading various individual stocks, and/or crypto, and/or flipping (and/or holding) real estate.

And we invest our time and energy too, energy being the most critical and precious of resources. And often the most wasted. (Check that crypto account in the past few minutes?!?)

How often do we stop to ask: Am I investing my time, money, and energy into something that will truly pay off in a meaningful way?

Hitting a 10X gain in the market has long been considered a significant achievement… a ‘ten-bagger’ as it’s called on the street. As tough as this is achieve, it will happen at least once or twice in (most) of our investing ‘careers’, although tough to repeat, and tougher still to do without nine other loser moves setting us right back to even money… or worse.

But should we be chasing ‘ten-bagger’ moves, wildly jumping from one stock tip to another… one tip gleaned in the locker room, another at the bar, and another from some random caller with a New York accent… is this the path to success?

In 2008 Warren Buffet put up $1M against any fund manager who suggested they could beat the S&P 500 index over the following 10 years.

The results? The very best fund gained 62.8%. The average fund gained 22% (not accounting for fees – which matter).

Unsurprisingly, only one hedge fund manager took the bet, and lost. The rest sat silently by, hoping nobody was paying attention. We weren’t and so these folks continue to collect their 2% management fee in up and down years, along with 20% of the gains in the up years. The down years? Those are on you; you still pay the 2%.

So if dedicated pros cannot beat the S&P 500, why do we think we can? Given that most of us are working at it part-time with no significant market knowledge (although many of us possess significant self-delusions of ‘market knowledge), we really should know better. But we don’t. Why, why, why?

Because we are human, that’s why.

We (often) think we know better, and in some instances the results make us feel like we do. We also have biased memories, choosing to recall the winners and let the losers fade gently into distant memories.

But let’s ignore suggestions of your lack of expertise and go with some positive vibes. You’ve got a lock on this next pick, you KNOW it’s a winner.

OK, smarty-pants… how much are you actually investing in this 10X gainer? This sure thing… this can’t lose…

Is that ‘quit your job money’?

Will you hang on, because this could be a 100X gainer?

Will you double down and sell, then then place the entire $50,000 into the next sure thing?

Quitting your job yet?

I don’t know anyone who’s done this, do you?

But I do know of dozens of people who’ve gained,  lost, then gained, lost, then… well you get the idea.

But what about Crypto?

The real question here is: who actually hangs on that long?

But let’s take a step back and be serious with ourselves here. Think about what your life looked like in 2010, pick the actual number you could have invested (not would have – history already shows you the amount was ZERO!).

I myself at that time could have easily invested $10,000 into bitcoin, I know this because I instead invested $10,000 in a South American goldmine and never did see a penny returned… never mind profit. I think my broker Bill just took my 10K to the club and made it rain, I truly hope he did – somebody better have gotten some use out of my cash.

Anyway, had I invested said $10,000 in bitcoin would I today have Sixty-Nine Million dollars?!?

Why do I say this?

How do I know this about me, about you?

Because we all share the same fundamental flaw that drives us to hang onto our losers, and sell the winners way too soon: i.e., we are humans. This is a massive disadvantage.

People who forgot their password. People who accidentally threw away their computer.

The only reason they have not sold, is that they cannot sell. Of course as big as their win has been, the landfill guy’s loss is running at approximately half a billion now, there is some downside obviously. Sometimes too secure is… well… too secure.

A (very) few would’ve stayed on that roller-coaster/ rocket-ship ride to a 1,000% (ten-bagger) gain, but virtually nobody in this age of instant updates, notifications, and media focused fear of all things would have lasted much beyond these points without selling.

How can I say this with such certainty?

Because if you’re worth 69 million… well you’re not reading my stuff!

So how best to proceed given these challenges we have with being human?

If you’re somebody who’s come into a lump of money, either through a corporate bonus, divorce settlement, or just a fantastic poker night, here are some ideas for next steps.

Most of us feel like we need to get that money out of our hands before we spend it on something silly,  wind up at another poker night, or find ourselves getting married again.

All too often we are tempted to make an investment based on advice from some other totally unqualified individual we trust (like myself for instance), and we do things I’ve done myself over the years, including (but not limited to) a $10,000 investment in a microbrewery ’way before they were cool. No idea where those people went with my money either. I hope they had a good time with Bill at the club.

Depending on who you are, and where you are in life, $10,000 may not seem like a lot. But both of those investments were made when I was in my early 30’s and it was a significant amount of my capital, but I was looking for that big home run.

An investing truth: the only way most of us truly become multimillionaires in the stock market is by forgetting that we invested in the first place, and then by some fluke rediscovering the investment at just the right time.

Not selling is a key.

Diversification is a key.

Avoiding the news cycle is a key.

The reality is, if you start young enough, or just start at any age, you can, through a process of logical investing, combine Warren Buffett’s suggestion, regarding the S&P 500 with the miracle of dollar-cost averaging to set yourself up in a pretty great way.

Today is May 31 2021, so I guess I can look back later and see how good we’d feel putting it all into an S&P index fund today. Odds are this was not the best move. After all, people have been calling the top of the market for at least the past four years running.

The better plan is this; take the $100,000 and divide it into 12 installments of $8,333, and consider term deposits that more or less release on a monthly basis, and on the first of each month simply purchase $8,333 worth of that S&P index fund.

Don’t bother looking at the price or the performance; just buy that dollar amount worth of VOO.

The dollar-cost averaging trick will protect you over the long haul. If the market drops notably, perhaps you want to buy a bit more.

Because when we are feeling like pushing the sell button and getting out, that is usually when we should be buying. It’ll be hard to do so. But stick to the plan. Recognize that you’ll never really know where or when the market is at the bottom. But know that things always return to previous highs, and then tend to push past those. This is a basket of 500 companies, we are safe if a few don’t make it.

Diversification will protect us.

The fund Warren suggests is the one that I personally buy: the Vanguard S&P 500 index fund – ticker symbol VOO.

And what happened when the pandemic hit? VOO has just crested $300 and then plummeted to about $240, before bouncing back past $300 a few months later and carrying right on rising.

Should you be investing in cryptocurrencies?

Should you be investing in stocks?

What about just stocks that pay dividends?

Should you be investing in real estate?

I don’t think any one thing is, to use $100 word, a panacea or cure-all. But here is a simple recipe.

If you have not done much with your TFSA, let’s start.

This works best if you are incorporated.

Carve out a simple $500.00 per month (essentially the CPP contribution for self-employed people … which they DO NOT have to make) and buy $500.00 worth of VOO each month.

If you’re lucky enough to be incorporated in Canada, you have the option of drawing dividends rather than T4’ing yourself.

Never T4 yourself . This is the worst idea and a massive missed opportunity to take control of your future rather than leaving it up to the government. While the tax differences are nil, the win is that dividend income does not trigger CPP.

What does CPP get you?

Zero liquidity, zero access to capital saved up, zero equity to pass on via your estate. Should you pass away on your 65th birthday, your estate will have zero cash value in CPP. But someone doing what I suggest above for just 20 years will have $250,000.

$250,000 is what you are (conservatively) leaving on the table by not being INC, or worse yet, by being INC and still T4’ing yourself.

Final question for you, if all of the above just seems too complicated then why not invest your time, money and energy into something with a 100% guaranteed payoff? Your single greatest asset for instance. No, not your house, your earning power!

That is, you, and your database.

As he explains in season one of the Netflix series Explained (the stock market episode),  ‘Buy an S&P 500 Index Fund’ – and then just forget about the market, the value of your portfolio, and the media hype, and check back again in 20+ years.