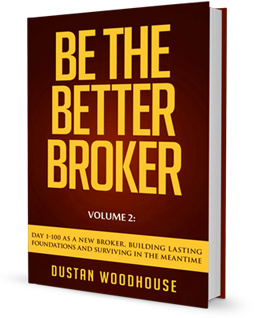 An excerpt from Volume 2 of Be the Better Broker.

Watching the TV show The Office, we cringe when we see Michael Scott throw around explosive words while totally oblivious to their impact.

It is easy to fall into using catchphrases, repeating the same little combinations of words so often that we think nothing of them. Often we grow up using figures of speech, singing little nursery rhymes and hurling certain insults around that we never actually realize the true basis for. But these well-worn phrases can carry a nasty sting.

We all have had our own personal Michael Scott moments.

Here is one of mine.

I had worked on mortgages with more than a few construction and trades guys in a row, and during the signing of their documents over the weeks leading up to this client meeting, I had boiled down the insurance explanation into a loose script along these lines:

Life Insurance
“This first dollar amount here is the life insurance. So if you get hit by an asteroid and vanish, then the mortgage balance is paid off.”

It is worth noting here that I purposely use an almost impossible example. The point is always to use language that is not going to hit too close to home and stir up emotions. Some Brokers use the phrase “hit by a bus.” As it happens, I actually know a person who was hit by a bus, and this is not so uncommon, which is why I prefer the asteroid example. How clever of me, except…

The next bit of script would be my undoing.

This was during an in-person signing, with a family member of a close friend of more than 30 years.

Disability Insurance
“This next dollar amount and set of boxes here are for the optional disability insurance. You know, like if you fell from the top step of a ladder with a power saw in one hand and sliced off the other on the way down… ”

My verbal script had fallen into a rut of repetition. And clearly my brain had shifted into cruise control.

It snapped to attention now though, sending three pints of blood into my face, cranking up my heart rate to maximum. And with face flushed as bright red as a cherry tomato, I stared my client in the eye…owning my foot in mouth.

Large beads of sweat sprang from my forehead. My office now felt hotter than a Bikram yoga studio.

My client stared back at me, her gaze unwavering, her face as unreadable as a champion poker player’s.

My eyes darted down to the stack of pages my client had been signing, my glance momentarily passing over her artificial arm resting on top of them.

The moments stretched into months; time stood still. And then… My client saved me. Cracking a bright smile with her eyes sparkling, she said, “Well, if that ever happened to me then I would be totally stuck, wouldn’t I?”

Realizing my breathing had halted, I let go a massive exhalation of relief. Shaking my head, I apologized sincerely and asked if she has ever seen anyone go so red so fast.

We were both smiling now.

As I type these words, a good four years after the event, even while sitting alone, my face is still reflexively flushes a bit just recalling it. This was one of my all-time highs, as in the heights of stupidity.

And this, dear reader, is the deepest danger of scripts. They can throw you onto auto-pilot, and a part of your brain shuts down… the part that notices things like artificial limbs on the person you have been speaking with for the past forty minutes.

So the moral of the story is: when it comes to scripts, be neutral and use examples suitable for all occasions.